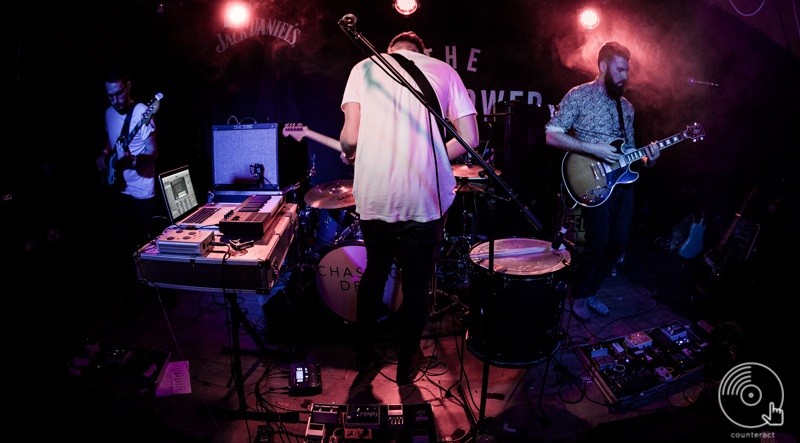 A cold October night at Birmingham’s little musical haven, The Sunflower Lounge opens with Redditch quartet The Hungry Ghosts, presenting their brash 60’s inspired blues rock with full force. Guitarist and Vocalist, Joe Joseph, is encapsulating to watch and his energy and presence fills the small basement room perfectly. The band merges their influences very well with essences of Blues, punk and psychedelia forming together into an orchestrated whirlpool of chaotic brilliance. 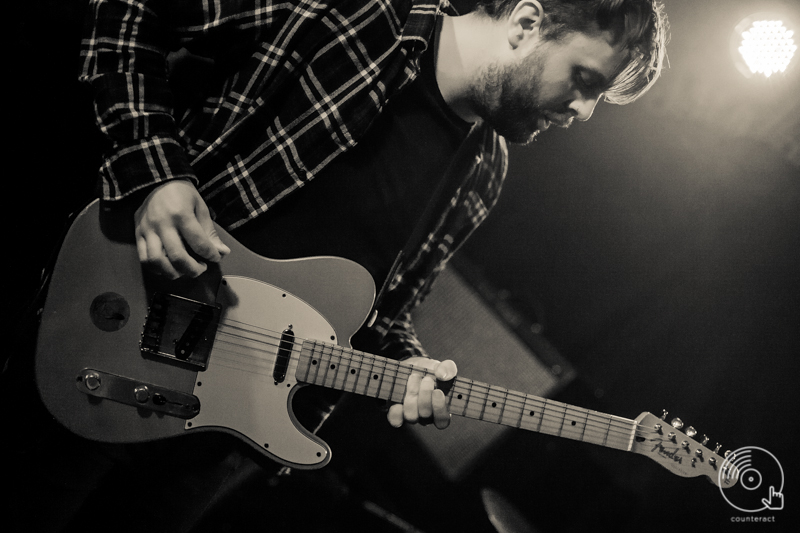 Highlight of the set is the second track, ‘Love Song’. The core riff and drum rhythms could act as a peak within any great bands set list. This is even more impressive as it is Drummer G.G. Jones’ first live performance in 6 years. When placed along with Jodie Lawrence’s basslines then the complete rhythm sound drives the band forward, ready to smash the four walls around us. One point I have to say about The Hungry Ghosts is that after watching them many times over the past year I have concluded that they are the perfect support band. And at the moment just that. They have the passion and attitude to liven up any room, but I do hope that they grasp their potential, take the next step and become the main showcase headline act. 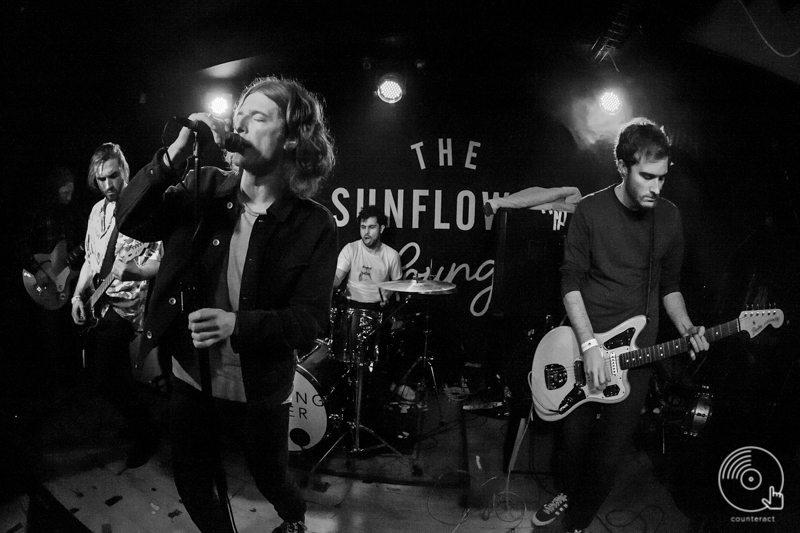 Following a mass exodus to the smoking area, Plastic Factory take to the stage with their early 90’s baggy vibes ready to take us back to Madchester. It appears much of the crowd are here to watch them and I find myself stood at the back by the bar as the crowd amass at the front of the stage. Overall they are pleasing but not overwhelmingly memorable. A thorough use of overdriven guitars dripping in phasing wah effects brings up the soundtrack of John Squire and the bassline led rhythms offer a great feel to the room. Vocalist, Christie Geoghegan has a much raspier voice than traditionally used in this genre of music with it much more akin to that of Scott Weiland in his early years. As the set progresses, however, I do wish they had saved some of their early material for later on as much of it becomes rather samey and one directional. I really do appreciate what they are attempting to do with their music but they may need some tweaks to the sound if they are to progress any further and not be known as a modern day relic of and bygone time and place. The base is there for them to do something more. 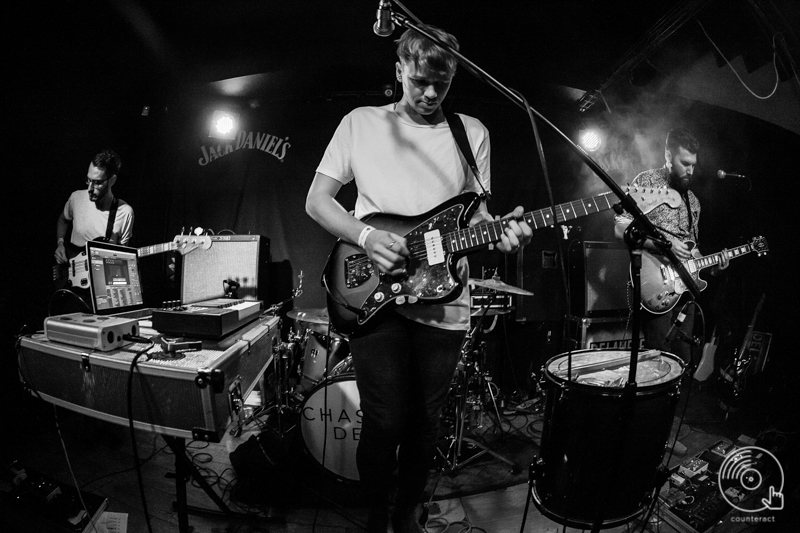 Four-piece Delamere are next up on stage and from the sight of them, this bunch are what tonight is really about, filling the small stage with an array of equipment. Lead Vocalist, James Fitchford remarks during the set that this is their first time playing Birmingham- it’s safe to say that if Manchester/Stoke on Trent gives them up then they would very much fit in with the scene that Birmingham has formed over the past 5 years or so. 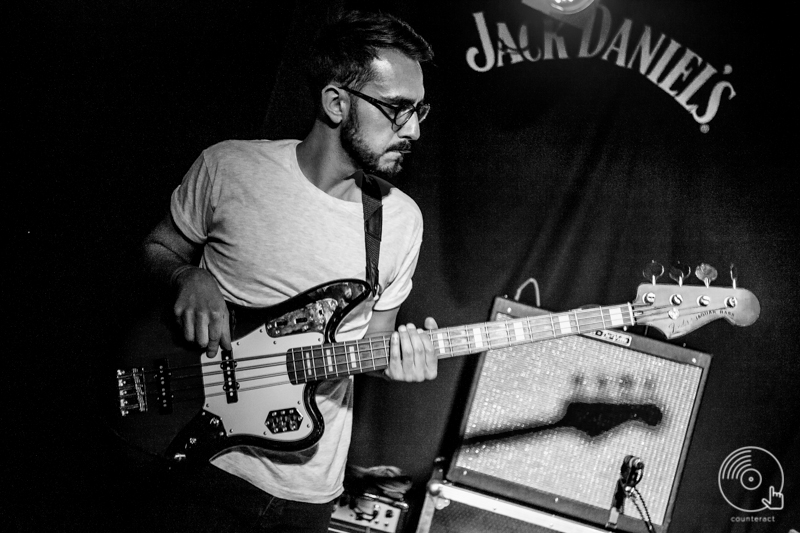 The sound itself is a form of electronic indie and has partial similarities to Swim Deep’s first album in the blending of the two genres. The vocals are absolutely pristine and when intertwined with the anthemic stylings of the music, a wonderfully manufactured sound is constructed. Much of the set remains on the same level and to my ear they do not have that killer song that really connects to the audience as abruptly as one would like. But the penultimate song ‘Heart’ is the closest offering and possesses a passionate chorus and drum beat which makes it a centre piece of the set. It’s definite that this band are close to something and I’m sure that they would be welcomed warmly back to Birmingham. 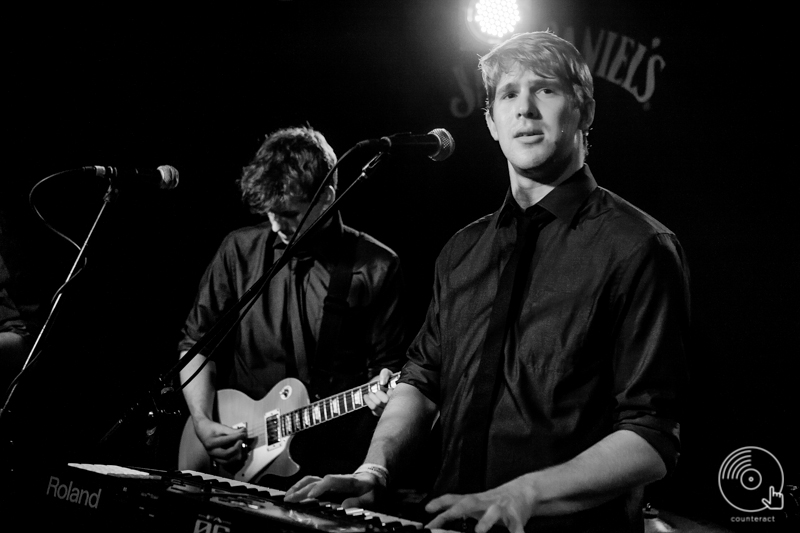 The difficult task of finishing off the night falls upon 5-Piece ensemble, Chasing Deer. Adorning all-black suits and squeezing onto the small stage, they set upon a passionate and fun set that captures the attention of those who have remained to the end of this Wednesday night shindig. Although not really looking much like a band that one would expect headlining downstairs in The Sunflower Lounge, they have something about them that makes them interesting to watch. 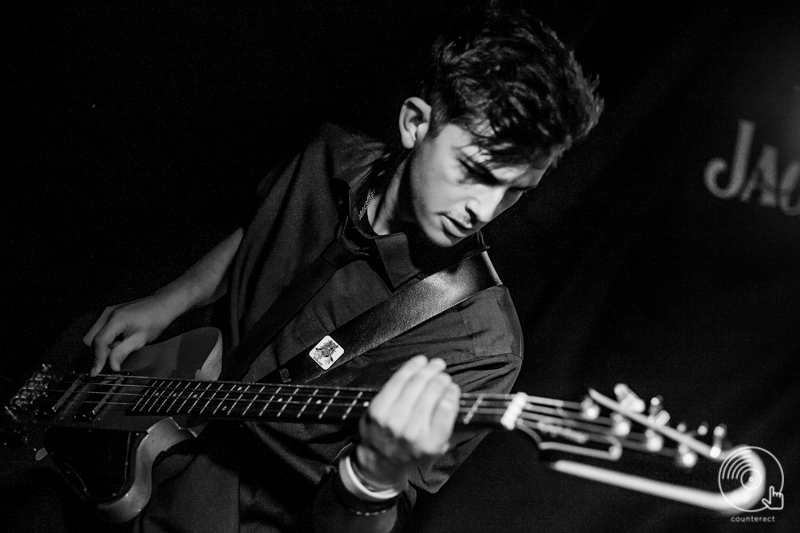 In the nicest way, however, they would have far more impact on the road by eliminating the few covers which form the backbone of their set. The cover of Amy Macdonald’s ‘This Is The Life’ was fairly well received by their faithful but I would rather see them pursuing their own material when headlining a show. The band plays very well together though and holds a lot of passion for what they do, which for many is all you need.