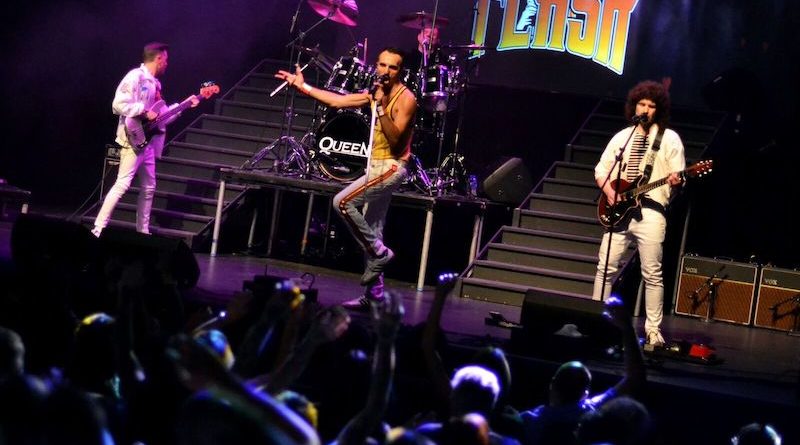 Flash are referred to as the world’s most authentic Queen tribute band – and they’re set to make their Birmingham debut at The Castle & Falcon later this month.

For almost 50 years, millions of fans all over the world have been enjoying the music of Queen, with the recent release of biopic Bohemian Rhapsody, there has bet yet further resurgence of fandom for this legendary band and frontman, the late great Freddie Mercury.

Flash are a joyous and authentic tribute to one of the best bands in the world and they play their first ever Birmingham show on Saturday 19th January at independent live music venue The Castle & Falcon. Expect hit after hit, anthem after anthem, an electric and passionate performance executed with breath-taking accuracy and style.

Previous setlists have included songs such as ‘Don’t Stop Me Now’, ‘Seven Seas of Rye’, ‘Somebody To Love’, ‘Fat Bottomed Girls’, ‘Killer Queen’, ‘Bohemian Rhapsody’, ‘I Want To Break Free’ and many more.

Local queen enthusiasts Mazzy Snape and Richard Bamber will also be spinning 70s and 80s rock hits after the show to keep the party going. Queen fans won’t want to miss this.

Tickets are on sale now via theticketsellers.co.uk.