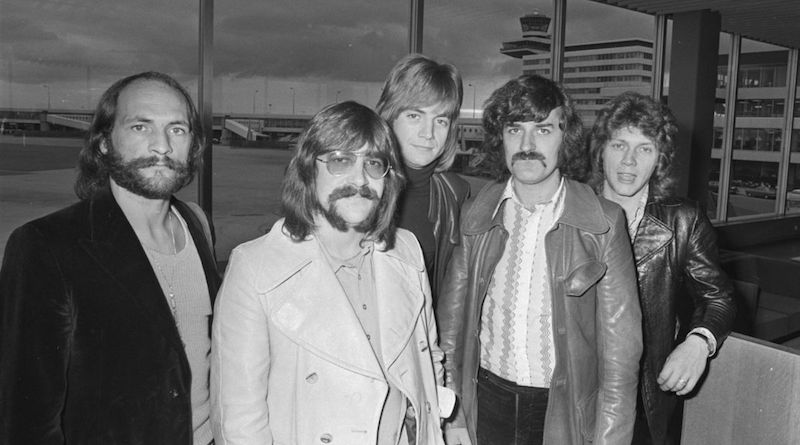 Ray Thomas, singer, flautist and founding member of The Moody Blues, has died at 76.

Thomas (pictured, second from the right), who announced on his website in 2014 that he had been diagnosed with prostate cancer the previous year, died suddenly at his Surrey home on Thursday (January 4th), his label Cherry Red Records said.

In a statement, Cherry Red Records said: “We are deeply shocked by his passing and will miss his warmth, humour and kindness. It was a privilege to have known and worked with him and our thoughts are with his family and his wife, Lee, at this sad time.”

Born in Stourport-in-Severn on 29th December 1941, Thomas began his musical life in various Birmingham blues groups, one of which, El Riot and the Rebels, went on to support The Beatles in Tenbury Wells, Malvern. Following stints in the Hamburg club scene during the mid 1960s, Thomas returned to Birmingham in 1964 and formed The Moody Blues with Denny Laine, Graeme Edge and Clint Warwick.

The Moody Blues would go on to enjoy a highly successful career, with highlights including eighteen platinum and gold discs, the sale of over 70 million albums worldwide and international success with tracks like ‘Go Now’, ‘Nights in White Satin’ and ‘Tuesday Afternoon’.

Thomas remained with The Moody Blues until 2002 – where he retired from the band citing health reasons – and enjoyed solo success thereafter, releasing two albums.

The Moody Blues are due to be inducted in to the Rock & Roll Hall of Fame later this year.