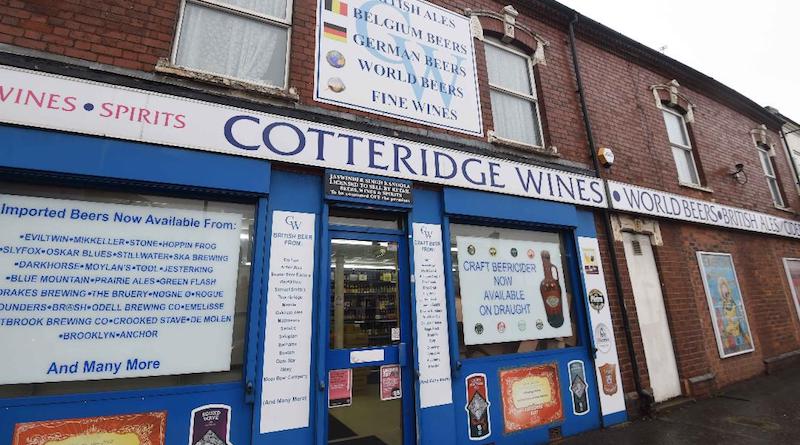 South Birmingham off licence Cotteridge Wines has beaten off a number of national stockists to be crowned ‘best bottle shop in England’ for the fifth consecutive year.

The off licence, on the Pershore Road in Cotteridge, Kings Norton, won the award after ardent beer fans voted in their thousands on beer enthusiast website, RateBeer.

Honoured to be named best bottle shop England for the 5th year running on @ratebeer – Thanks to all who rated us.#RateBeerBest

Cotteridge Wines has so much of a legendary reputation for stocking the most unusual and quirky beers from across the world, that people travel from all over the country to stock up on craft beers, lagers, ales and ciders from their impressive collection.

What went from a small shop stocking basic beers 23 years ago, has now evolved in to one of the biggest off licences in Birmingham with an astonishing 1,400+ craft beers for sale.

They now import beers from all over the world – not to forget supporting our local breweries too – and their customers love the selection on offer.

Not only that, Cotteridge Wines also regularly run tasting sessions in their tap room and back bar.

You can keep up to date with the latest arrivals at Cotteridge Wines by following them on Twitter: @CotteridgeWines.