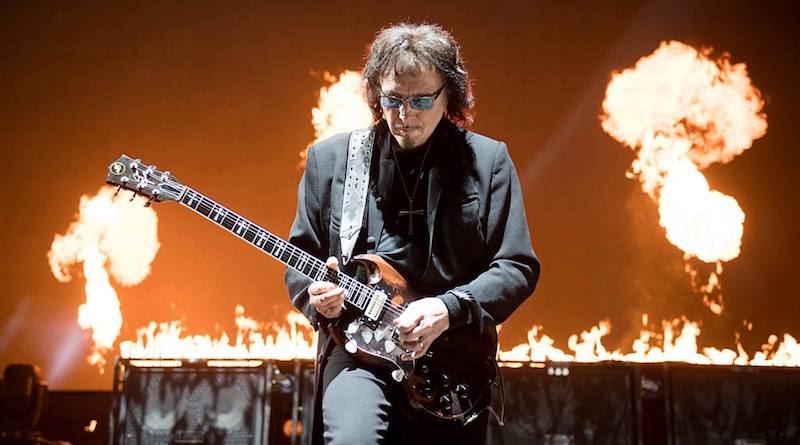 Following his sellout show in 2016, legendary Black Sabbath guitarist Tony Iommi is returning to the Town Hall for an amazing evening talking about his life and career, hosted by Gary Newbon.

Heading to Birmingham’s Town Hall on Saturday 23rd June, Tony Iommi will discuss his career and personal life, as well as answer any questions from Sabbath fans right here in his hometown.

Tony is synonymous with heavy rock and his innovative dark riffs are acknowledged to be the beginning of what became heavy metal. Tony is featured in the UK and US Rock ‘n’ Roll Halls of Fame, has two Grammy Awards and his autobiography was a New York Times Bestseller. He also has a star on Birmingham’s Broad Street.

Black Sabbath have sold in excess of 100 million albums and their most recent album soared to number one across the world, including in the UK and USA. The band played live to vast crowds, selling over 1.6 million tickets on their last global tour, which ended at Birmingham’s Genting Arena on February 4th 2017.

Speaking about the event, Tony said: “I’m really looking forward to being back at the Town Hall again – I had a great time last time and I’m ready to talk more about my experiences and answer some of your questions.”

Tickets for An Evening With Tony Iommi go on sale at 10am on Friday 30th March and are priced at £25.50.