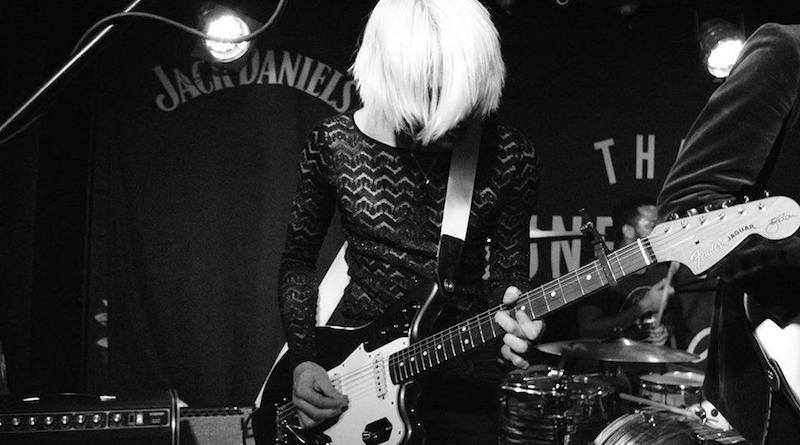 James Brown lives and breathes music. And with a name like that, he certainly should do. If you want to see him feeling good, you only have to look at his work as Mutes, a band that stretch genres and create furious, yet fun, walls of sound. He’ll be bringing this curious concoction to Moseley’s Dark Horse on Friday 16th February.

“It’s a venue we’ve never played before,” Brown says. “It’s a late show so I’m hoping for some lairy times.” The free gig gives Mutes a rare chance to headline in the Second City, but has also given Brown the chance to pick his support bands. “It’s great when promoters allow you to curate the lineup and don’t focus on what’s gonna bring in the punters,” he attests. “I’m very excited to bring Witch Fever to Birmingham – this city could use more bands like them, bands that can intimidate and excite you.”

Being excited by music is something that happens to Brown frequently. Alongside his Mutes commitments, he also performs as a live member of the now-legendary local band God Damn. It’s a position that has given Brown the opportunity to play with somewhat legendary bands, including The Cribs, Cancer Bats and Foo Fighters. “When you’re on tour, everything can fill the well, even if you’re not actively writing,” Brown says. “It’s inspiring getting to see live music every night.”

Performing with God Damn, however, hasn’t blunted his love of Mutes. “Your priorities shift as you get older,” Brown attests. “Doing these things has only reinforced just how much I care about my own work. The only thing that lasts is the music itself – hype and crowds come and go, and you can’t let it narrow your aims or guide you too much.”

Those attending the Dark Horse gig will hear choice cuts from Mutes’ well-received album No Desire, released last year. “It’s been a nice feeling knowing that people have chosen to spend time with something I’ve created,” Brown says. “Hopefully it will continue to get into new hands and sustain a life of its own.”

Did Brown ever feel releasing a full-length was risky in modern times, what with other local bands focusing more on EPs and singles? “Not really. I don’t think attention spans are decreasing,” he says. “Although it might take people longer to digest the entire thing, I still think there’s a place for full-lengths. For me, albums are the true testament to the personality of the musical artist. That will always be important to those who care deeply for music.”

On that note, Brown reveals writing for the next album is “75% done” and “even has a title.” Whatever it sounds like, though, you can be sure he will continue to plough his own furrow. “I wouldn’t model my approach to Mutes on anyone else’s band,” he says. “And I stand by everything Mutes have ever created.”