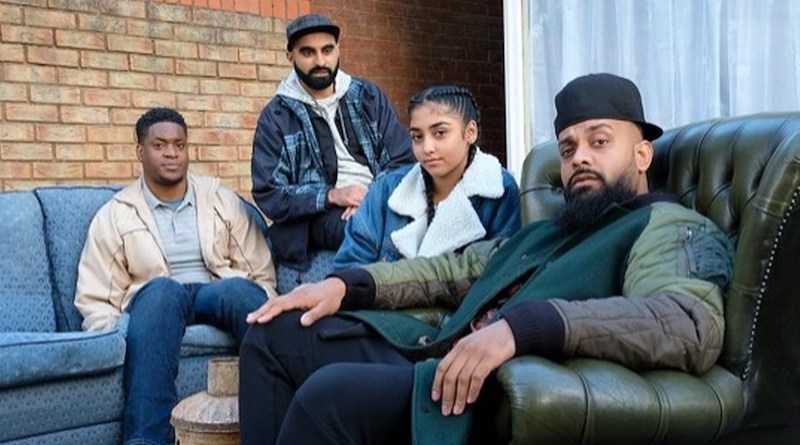 Series two of Man Like Mobeen takes Guz Khan and Andy Milligan’s British Asian comedy to another level, with its jesting takes on hard-hitting subjects like Brexit and teen knife crime.

Brummie comedy Man Like Mobeen is now on its second series – albeit another short run of four circa twenty minute episodes – and the follow-up to the impressive first series welcomes an abundance of character development and further hard-hitting storylines.

Lead character Mobeen (Guz Khan) is once again trying to keep both him and his 15-year-old sister (Aqsa, played by Duaa Karim) out of trouble, while Nate (Tolu Ogunmefun) is his usual anxious, loveable self and Eight (Tez Ilyas) continues to be away with the fairies.

Arguably, Eight’s most hilarious scenes in this series are in episode two when he’s in hospital and having to explain to a doctor how Aqsa broke her shoulder during a wrestling match in the garden. Look out for the Life of Pi reference.

In the same episode, Mobeen tackles the hot subject of Brexit, as a patient in a hospital waiting room becomes irritatingly racist, blaming the long NHS queues on foreign people overloading the system, amongst other things.

Much like series one, the return of Man Like Mobeen brings a light-hearted edge to serious subjects without making it lose its seriousness. That’s not easy to do in a comedy – particularly one that draws belly laughs.

Episode one tackles whether Mobeen should allow his little sister to go to her school prom due to high pregnancy rates at the last one (does anyone know what percentage 18 out of 22 is?) – while at the same time tackling the more serious subject of knife crime as Mobeen persuades a teen to give up his weapons, twice.

All of that comes after a bit of Small Heath barber wars. 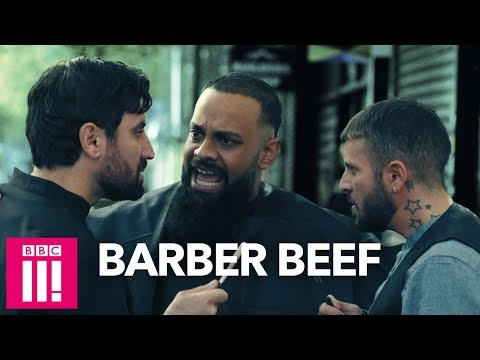 Further comical moments include Mobeen chatting up Aqsa’s school teacher, having to turn to the straight-faced Uncle Shady to remove a viral video from the internet and walking around with half a fade trim done as a result of barber wars.

Muslims are often depicted as laughable in similar types of British Asian comedy (like the deplorable Citizen Khan) but in this comedy, viewers are laughing with the characters and not at them.

For once in such comedies, the Muslim isn’t the butt of the joke – unless of course it comes out of Eight’s mouth.

Guz Khan’s character is proud of his Pakistani Muslim culture and is always looking to do the right thing for his sister and friends, seemingly able to find a way around his daily struggles – a subject that plenty of people in inner city neighbourhoods can relate to.

At least it seems that he’s generally on top of things, up until a cliffhanger at the end of episode four which makes us wonder whether Mobeen is going to return to his “road man” days after all. All of this comes after the introduction of antagonist Azaar, played by none other than local grime artist Jaykae.

For now, Man Like Mobeen deserves all the accolades inevitably coming its way. Let’s just hope we’re not waiting another two years for the next series!

Man Like Mobeen series two is available now on iPlayer.