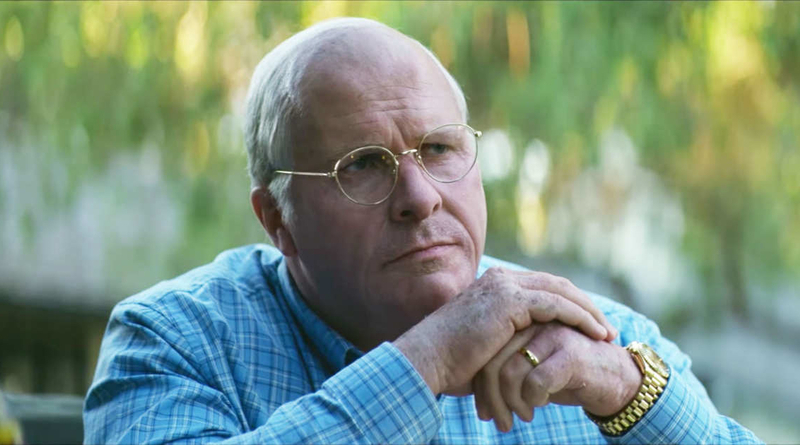 Adam McKay’s spiritual successor to his runaway hit The Big Short asks the question, can we ever know a purposefully inscrutable man? Unfortunately, for the most part, it flounders for an answer.

There’s a point halfway through Adam McKay’s new feature, Vice, where the film ostensibly ends. We’re presented with a brief montage of moments of conservative domestic bliss, over which intertitles explain how Christian Bale’s Dick Cheney decided to step back from the public sphere to save his family from undue scrutiny, and then the credits roll. Happily ever after. An alternate history where Cheney prioritised his family over the pursuit of political power. A timeline where Western powers didn’t invade Iraq at the behest of a befuddled President with a conniving double-chinned puppet master.

It’s the kind of absurdist fourth wall breaking that made McKay’s last film, The Big Short, such a consistent joy, and yet here the moment falls flat. Where the metatextual flourishes in The Big Short served to better illustrate the confusing world of subprime loans and synthetic CDOs, this time they’re present because, well, that’s what people enjoyed last time. Over the course of the film there are Shakespearean renditions of marital arguments, and waiters divulging menus of judicial justifications for torture, but it comes across as padding designed to direct your attention away from the film itself. Where The Big Short winked at the audience’s boredom, Vice seems legitimately worried you might begin to yawn.

For the uninitiated, Vice details the rise and rise of former Vice President Dick Cheney, a now near universally reviled member of the U.S. political landscape who held the leash on Bush during his Presidency, wielding power from a traditionally decorative position. We follow him from his boozehound days at Yale, to his early career in Washington, right through 9/11 and the pivotal moments that later defined his legacy. It’s a film that should relish in its satirical view of grubby-handed power plays, and whilst certain sequences utilise the seething dynamics of The White House to great effect, for the most part it’s a biography that comes across as rote regurgitation. 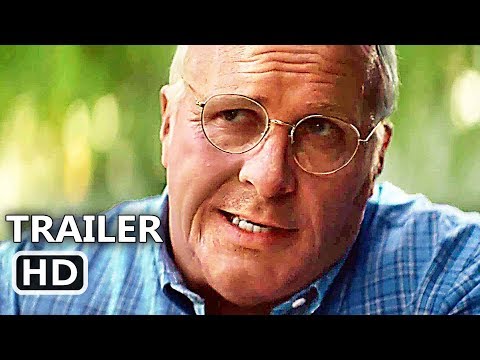 Christian Bale does fine work, underneath the kind of weight gain that’s a requisite for any bout of Oscar-baiting method acting. It’s a pitch perfect rendition of Cheney as we know him through the media, with a slow, methodical speech pattern and a scowl for every season, the deepest of which feel etched into Bale’s jowls. Sadly, even as the script zips through decades of Cheney’s life, it seems conscious that very little is known of his internal life —  another intertitle says as much as the film begins. Accordingly Bale’s reliance on Cheney’s visual ticks to inform his performance result in something technically impressive but ultimately vacant.

Most frustratingly, Adam McKay regularly loses sight of Lynne Vincent Cheney, Dick’s spouse and the film’s most compelling character. As played by Amy Adams she’s the opportunistic snake in Dick’s ear, and the voice of indignation that echoes loud throughout his life, and yet for portions of the runtime she’s conspicuously absent. She feels lived in with a clear drive where we never get a grasp on what motivates Dick. The film points at several answers — his wife’s desire for upward mobility; underlying feelings of inadequacy; a burgeoning thirst for power — but his actions are often contradictory and Bale’s performance too taciturn. It’s the cinematic equivalent of a shrug.

The most memorable scene in Vice outside of its consciously foregrounded “McKay moments” is a simple one between Bale and Sam Rockwell in his underutilised turn as George W. Bush. Bush is trying to court Cheney for a final time ahead of his Presidential campaign, unaware or indifferent to the fact that he’s playing directly into his future VP’s hands, and the resulting negotiation crackles with a multitude of duplicitous agendas and Machiavellian ploys. Elsewhere, Vice flicks between events like a biographical flip book, providing chronological moment after moment in hopes that meaning might appear between the lines. It’s only in a few choice sequences where it commits to a depiction of its titular character that any insight crystallises.

Vice is showing at The Electric Cinema and The Mockingbird in Birmingham now.