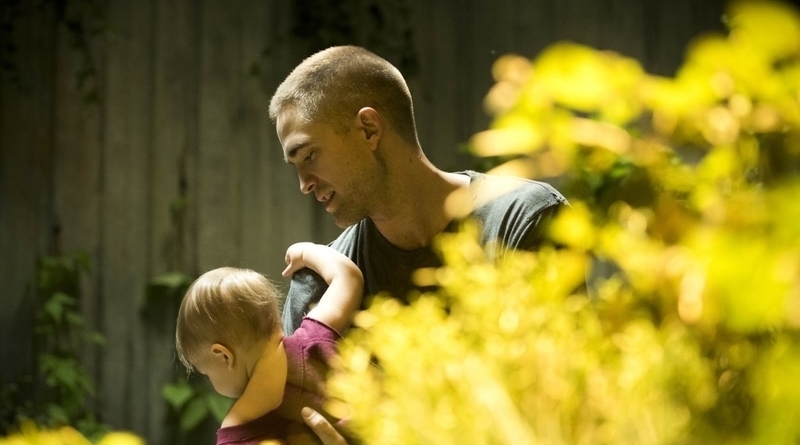 Last weekend Flatpack Festival returned with a stellar programme, and our resident streaming guru Harry Jones was there to review the feature films on show. VIVE LE CINÉMA!

The first film I caught at this year’s Flatpack Festival was the excitingly pleasurable Woman At War (out now in selected cinemas). The story follows eco warrior-cum-terrorist Halla who, between being a choir conductor, merrily cycling around town, and changing the TV channel whilst Tai Chi-ing, finds time to take out power supplies by damaging pylons.

As she sends Iceland’s politicians into a frenzy over who could possibly enacting such an attack, Halla is torn between her activism and the adopting of a Ukrainian orphan. The film is a blend of familiar Scandi traits: dark humour, family drama and a politically-driven thriller but Woman At War manages to evolve into an eco-adventure movie.

Halldóra Geirharðsdóttir has a fantastic time as Halla, a true European ideal and ultimate Scandinavian middle-aged woman. With Halla running and hiding over vast, green, mountainous landscapes, all the while ducking and diving away from drones, we get caught up in something that almost becomes us-against-the-world Spielberg-ian fun.

One of the things that has regularly been regarded as one of the film’s main strengths is its use of music. And though the sound and composition of the pieces are great, I often found the visual use of the musicians (mostly for comedic purpose) took some tension out of some of the chase scenes. In fact, I was frequently left feeling frustrated that this repetitive joke was used at all.

Overall though, the film is wonderful, and the sort of feature that makes Flatpack so essential each year. The film’s balance of politics and adult adventure is pulled off in such a way that it’s near impossible to not have fun.

Probably the most off the wall film (and there were a few) at Flatpack was Diamantino, the story of a fallen footballer who seeks betterment by adopting a refugee. Sound like a simple enough plot? Wrong! With an undercover investigator posing as refugee child and an anti-EU government hellbent on restoring national pride through the cloning of Diamantino we find ourselves with a dizzying blend of comedy and thriller.

With a satirical mind that points the finger at nationalism, celebrity exploitation and greed we find ourselves with a sharp and intelligent comedy, but at times we have a gross-out daftness that ultimately makes up Diamantino’s heart. Picking up on the intellectual vulnerability and repressed maturity of superstar athletes and the way these people can be taken advantage of for the capital of others, we often get a look into the naive and childlike mind of the footballer.

This is where we’re treated to some of the films ludicrously delightful imagery: football pitches of pink cloud occupied by giant “fluffy puppies”, bedrooms decorated with Diamantino merchandise and a futuristic laboratory (this film is set only in 2018). It may not be to all tastes and it’s often a jumble of ridiculousness, but I honestly think Diamantino could be a revelation.

Directors Gabriel Abrantes and Daniel Schmidt bring such an energising sense of humour, visuals and politics to the table that it’s impossible to just pass over without much thought.

Saturday evening I caught Ciro Guerra and Cristina Gallego’s (Embrace of the Serpent) drug epic Birds of Passage. Spanning more than ten years, we see the lives of a Wayuu family as they’re sucked into and spat out of the early days of the Colombian drug trade. Rapayet (José Acosta) is the don of the family as they go from small time peddlers of marijuana to young Americans to mass exporters of the plant.

Though Rapayet handles business, product and personnel, he isn’t necessarily the lead figure in the proceedings. Instead we have the matriarchal Godmother figure of Úrsula (Carmiña Martínez) who constantly dictates business by way of tradition. Though seemingly stubborn to her Wayuu ways, and unwilling to bend to the will of the Spanish speaking Colombians, she ends up being complicit in the illegal and immoral venture by justification through religion.

As much of modern Western civilisation and parts of Asia use Christianity and Islam respectively to justify questionable actions, Guerra and Gallego show just how easily people will throw their beliefs under a bus in order to gain financial prosperity. As we witness the imagery of the Wayuu people, (beautiful garments, face paints, dances, celebrations of nature) we gradually see their beautiful culture compromised, the ultimate sadness in a cautionary tale of crime and violence.

But Birds of Passage manages the task of making a beautiful, poetic and philosophical parable into a gripping crime drama. Not content with the bigger picture, it pulls off many memorable moments of action that gives the film the heft of both story and lesson.

After the serious and realist nature of Birds of Passage, Flatpack confronted me with a wholly different monster in Peter Strickland’s (Berberian Sound Studio) blend of kitchen-sink and Giallo horror, In Fabric. The British director’s fourth feature about a killer dress offers moments of true horror and genuine comedy.

We watch on as a mysterious, red boutique dress moves across owners, unleashing on them a sense of dread and outright fear. It’s amazing just how much faith you have in a limp and not particularly sensual dress to murder its victims, but this particular garment has an ability to look sinister as it lies rumpled on the floor or whizzing around in the washing machine (the film provides probably the most intense washing machine-centred scene in film history).

This robe fatale is initially introduced to us during the January sales. Marianne Jean-Baptiste’s vibrant Sheila purchases the dress from high end department store for a date but soon gets a feeling nothing good can come of it. It moves its way to a couple (Hayley Squires and Leo Bill) as we learn more about its witchy origins. Behind the scenes of the store we get a glimpse into the fetishising darkness of the shopworkers and ghoulish store owner.

The film descends into a violent warning against capitalism and the rampant chaos of commercialism. Backed by a Suspiria-like (1977) score from Cavern Of Anti-Matter, Strickland’s film manages to provide us with something horrifying and hilarious.

On the final day of the festival Flatpack provided us with their first ever mystery film. Impressively, the festival managed to give us their jewel in the crown and the U.K premiere of Claire Denis’ High Life.

Maybe once or twice a year you get a film High Life. Something so haunting, so difficult to pin down that you actually leave the theatre a little rattled. I’m yet to revisit the film (it goes on general release May 10) but I will be addressing that ASAP. Having not fully formed an opinion on it I’m going to do my best to talk you through my initial feelings on the film.

The film plays out over three overlapping periods through Monte’s (Robert Pattinson) time aboard a spaceship. He is a dangerous criminal serving time on death row with other inmates who have been selected to achieve a mission of extracting energy from a black hole. While aboard, Juliette Binoche’s Dr Dibs fixates of creating a child through artificial insemination as the inmates are prohibited from having sex.

Sex plays a huge part in the film, but substitutes the idea of sexy for a sex that stinks of frustration, opting to smear fluids with no sign of titillation; a sinister chastising without promiscuity. The ship itself – cuboid and woozily spinning – reminds us of a shoebox, full of things we’ve forgotten but promised we’d need for an undetermined point in the future. The inmates are just other objects we’ve made promises to, but their fate is far more pessimistic that the optimism of the future we sold them.

Hurtling toward a black hole, with no sign of home and nothing to do makes for bleak viewing. There’s very little fun to be had in High Life but its insistence that what is out there is as full of endless boredom and horror as it is of endless possibilities is something that feels grounded in reality. Although solitude is a theme often explored in sci-fi, it’s seldom treated with such modesty.

The powerful impact of Claire Denis’ High Life also stands as a testament to Flatpack’s commitment to female artists – of the 177 films shown this year, 89 were directed or co-directed by a female filmmaker. With such an impressive overall selection at Flatpack’s thirteenth edition, regardless of gender, it would be silly to not get excited for what next year offers.