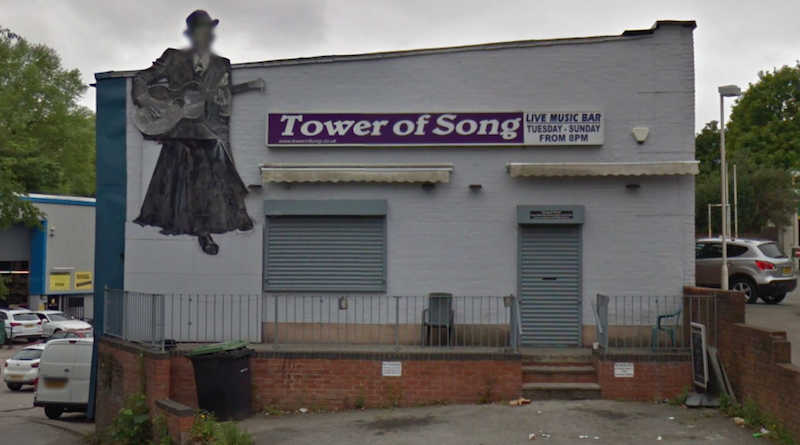 Inspired by the Leonard Cohen song of the same name, Tower of Song is an intimate live music venue in Kings Norton, Birmingham, priding itself on keeping the integrity of live music alive and supporting local artists.

Occupying a once derelict building, this venue has transformed itself into a thriving music venue, devoted to keeping music as its core focus. Situated on the outskirts of Birmingham in Kings Norton, Tower of Song prides itself on community support and spirit, with each night championing a different musical theme to suit every music fan.

What’s on at Tower of Song

Find out what’s coming up at the venue here.

Getting to Tower of Song

Tower of Song is easily accessible by M6, M5, M40 and M1. Once in Birmingham, follow the A4540 until you reach the Belgrave Middleway, then turn onto the A441 along Pershore road. The venue is situated on the corner of Camp Lane, next to Toby Carvery.

There are several car parks nearby, as well as designated road spaces nearby.

The Tower of Song is less than five minutes walk away from Kings Norton train station, which is accessible from Birmingham New Street station. Birmingham City Centre is connected with bus routes from all main suburban areas around the city including Kings Heath, Moseley, Edgbaston, Erdington and Sutton Coldfield. For more information on public transport in the West Midlands, please visit networkwestmidlands.com.