Lily Allen is back with a fourth album she’s bringing it all to Birmingham on December 14th.

The title of Allen’s fourth album could not be more fitting, and how refreshing it is. ‘No Shame’ depicts the brutality of the singer’s divorce, difficult feelings with motherhood and quite frankly, everything she’s been up to since we last saw her.

It’s been four years since any new sounds have emerged from Lily, and this time she’s back with an autobiography too. Fans are preparing for this very honest phase where we’ll be welcomed into perhaps one of the most personal tours of her career.

Despite the seriousness of topics every track depicts, the defined sound Allen is renowned for is still there; that recognisable spoken-word style sprinkled with the most delicate of high notes that first earned her place in the industry.

But this time, her music just feels that little bit more important. Despite being one album away from being free to release her own raw creations, ‘No Shame’ very much gives us an open window into her life over the past four years. Much has changed since her full-fringe-gold-hoops image skipping down London singing Smile.

The first single from this album Trigger Bang features grime artist, Giggs, and counts as one of the more upbeat tracks with Cake ending on the note that Allen has truly came out the other side: “if I could go back and see myself as a child, I’d say stick to your guns girl, in fact go get that rifle”.

Lily Allen begins her UK tour dates on December 13th but until then, rest safe in the knowledge she is putting the world to rights in her own ironic way.

In fact Alexa, play Everyone’s At It, The Fear , Hard Out Here, and URL Badman. Remind everyone I’ve been preaching this shit for years, and now it’s all come to fruition. #stablegenius

See below for full list of dates. Tickets are on sale now. 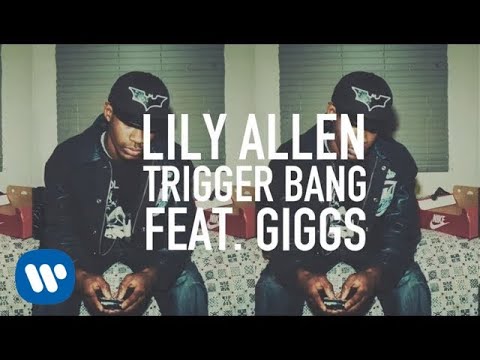