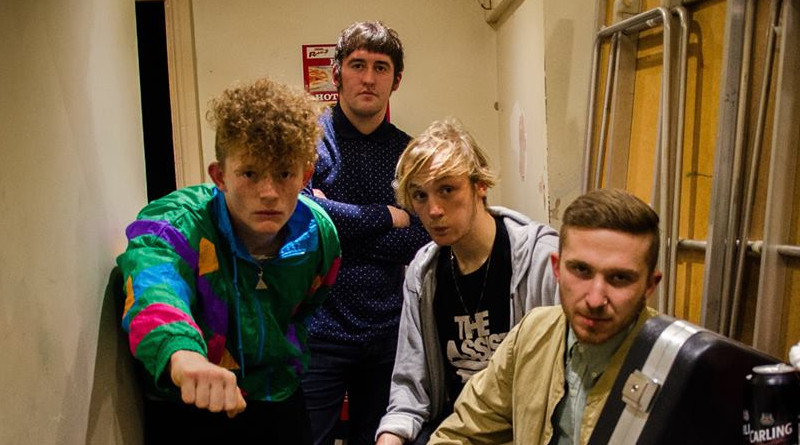 While the majority of us were running around like feverish elves, getting the last of the Christmas shopping done and festooning ourselves in a world of tinsel and baubles, Walsall’s The Assist were sneaking in an early Christmas present under the tree, with the release of their latest single ‘Love’ on Friday December 18th.

Being touted as Birmingham’s “Next Big Thing” by XFM radio and with plaudits from London’s influential This Feeling club night, the burden of expectation has been laid firmly at their feet, but as ‘Love’ proves, they seem to be taking it all in their stride.

A woozy Balearic style intro gives way to Mikey Stanton’s vocals that channel Jamie T’s ‘geezerish’ delivery and becomes the guiding rhythm for the whole song. With guitar and drum hanging off the vocal, the track flows with the funk fervour of Black Grape. When the chorus bursts on the scene it has just enough energy to ignite the track without overpowering it. A break in tempo comes with the lingering “Who do you think you are?” line that raises a glass to Kasabian, right down to the “tah-tahs” of ‘LSF’.

With their latest release on Full Fathom records, The Assist have lit the fuse that sees them shot out of the indie cannon.

The Assist will be supporting Alex Ohm for Counteract Presents night @ O2 Institute, Birmingham on Friday February 26th. Tickets are available at Ticketmaster.