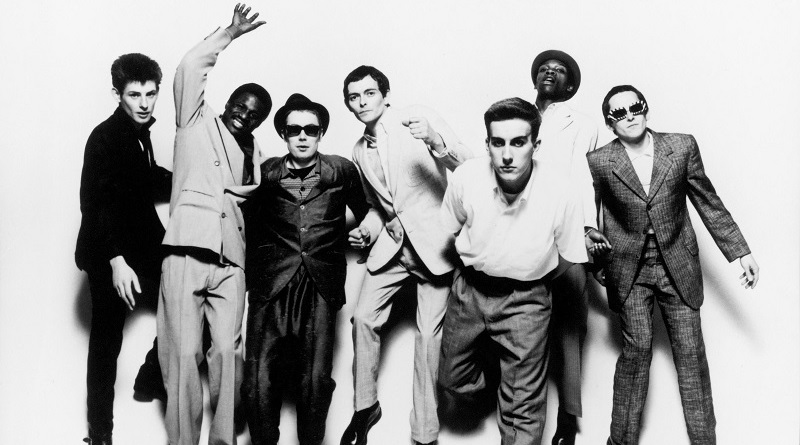 Comprised of the same eerie, atmospheric features that defined their musical career in the 1980s, The Specials return with brand new single ‘Vote For Me’, their first single since ‘Ghost Town’ in 1981.

Faced with political turmoil, national uncertainty, and rising hatred and disunity – right on cue, The Specials return with a brand-new single from their forthcoming album Encore, due for release in February 2019. ‘Vote For Me’ is a political, emotionally driven song attacking elected officials in a cool, synthetic manner – they cleverly mock the national leaders with the straightforward question “If we vote for you do you promise to be upright, decent and honest?”, and hit home with their more outwardly aggressive lyrics: “making laws that serve to protect you, but we will never forget that you tore our families apart.”

The single, with its strong political themes and melancholic sound, is strikingly reminiscent of their 1981 hit single ‘Ghost Town’, which celebrated 10 weeks in the UK Top 40 singles chart around the time of the violent, racially charged riots that swept across the UK in major cities. A defining song in their career, the astonishing similarities with ‘Vote For Me’ – such as the eerie and haunting intro, the return of Terry Hall’s vocals, as well as addressing similar social issues, initiate the return of The Specials with the same morals, velocity and charisma as when they left us.

Premiering on BBC Radio 6, the new single features the return of founding members Terry Hall, Horace Painter and Lynval Golding, joining with Danish musician Torp Larsen. The Specials formed in Coventry in 1977 and spearheaded the 2 Tone movement, an off-shoot of the ska movement that originated in Jamaica in the late 1950s, fusing the classic ska melodies with punk rock. It was named after 2 Tone records which was founded by band member Jerry Dammers, and promoted racial unity at a time of racial tensions in the UK.

‘Encore’ is due for release on February 1st, pre-order here. The Specials play Birmingham’s 02 Academy on Friday April 26th. Check below for remaining tickets.