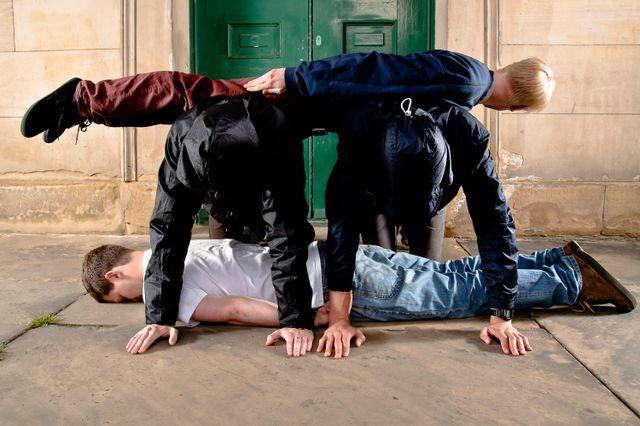 Chatting to Joe Newman, singer/guitarist for Alt-J (∆) it could be argued that these guys have the makings to be band of the moment, if not for their elusive name and tricksy sound but for the fact they’re on tour with Ghostpoet and due to tour with Wild Beasts in March.

They wouldn’t necessarily agree about the enigma with their name, though. “For us it’s not an enigma, for others who find it hard to grasp I can imagine that they may find it somewhat tiring when searching. It’s been highlighted by some how pretentious it all is having a delta as the written name and then having the keyboard function as a way of pronouncing the symbol – but that’s what we wanted to do so we done gone and did it. If people like the music enough they’ll persevere.”

And persevere they have, with ‘Tessellate’ clocking up over 20,000 sound cloud plays, and ‘Breezeblocks’ peaking at over 35,000. Those who get it, well, get it. If their name wasn’t intriguing enough, finding any promo shots that revealed the bands faces was a task in itself. Now however, they’ve decided to go against that citing politics as the reason. “Everyone when publicising something wants a face, though we still try and maintain a certain mystery when having photos taken. But sometimes you just have to play the game and not be so difficult.”

Relocating has had no effect on their sound (their hometown of Leeds has been traded for Cambridge) but friendship seems to be the glue to the band. “The band being friends first before the band – that was the greatest affect on the music. Cambridge is quieter, but place never dictated our sound.” And you can suppose with a sound as fluid and genre blending as Alt-J’s, that’s always going to be the case.

Comparisons to bands with such a niche sound might be daunting for some, but Alt-J are taking it in their stride. “Daunting? kind of – I think we are more excited if anything else. We’ve played with Ghostpoet before and he’s great, playing with Wild Beasts? We can’t wait. Wild Beasts is a common comparison – and every time it’s warmly welcomed as they are a special band. To play with these guys will be a special moment.”

Their main goal at the moment is to complete an album. “For people to like it and say nice things- that’s the dream. I hope it brings something new, a refreshing angle but ultimately comforting.”  With practically all reviews commenting on the refreshing sound the band have, that shouldn’t be a problem. “I also like the idea of our music being listened to as important things are happening.” What, perhaps big life decisions, or revising for exams?  “While operating a crane, a boxer’s introduction to the ring, taking hostages, putting out a fire, flying a helicopter, during sex – important things like that.”