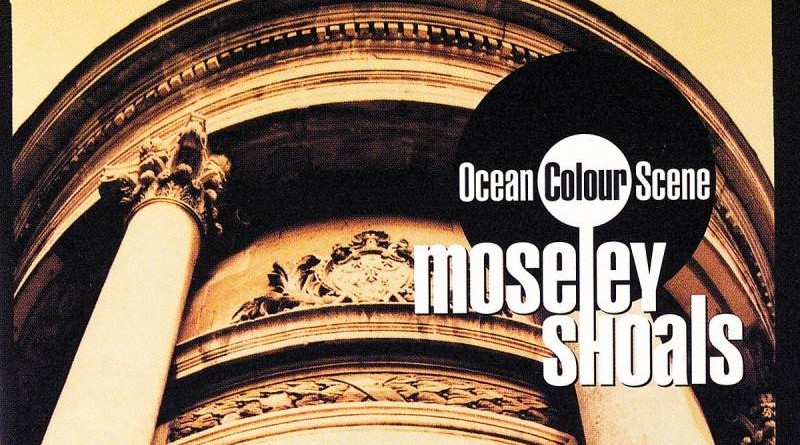 There’s a scene in The Simpsons where Bart, the perennial ne’er do well, is identified as an “underachiever, and proud of it.” But that’s not to say he’s lazy – far from it. He was an underdog, someone who thrived off being written off and enjoyed the challenge of converting the naysayers. For Ocean Colour Scene, it’s been that way since the start, and maybe that’s why I’ve been a fan of them for as long as I can remember.

Moseley Shoals turns 20 this year – their landmark album, their high-water mark of soulful folk vignettes and chunky riffs, and it only seems like yesterday I first bought a copy. When people say “I’ve been into INSERT BAND since I was born”, it is usually followed by scoffs and abandon. With me, though, I can firmly say that I have been an OCS fan since 1996, when I was around four-years-old. I remember growing up in a house devoted to music, and with the mid-90s exuding an interminable ooze of guitar-based rock, the radio was always loyally pummelling Oasis, Shed Seven, Cast and The Bluetones, and OCS were no exception.

I remember hearing ‘The Day We Caught the Train’ and I would sing along incessantly to Simon Fowler’s carefree howls. In nursery, we’d have the radio on and I and Arron Edge would coo along to it and I’d cheer with pre-adolescent abandon when they instead played ‘You’ve Got It Bad’. I remember my Mom taking me to Woolworths in 1996 to finally purchase a copy of Moseley Shoals, but we were a week too early and instead she bought me The Wombles Sing Revolver. Ocean Colour Scene helped shape my childhood, and it was only natural the band, and that album, would follow me for the rest of my youthful footsteps.

I remember being 15 and staying at my Nan’s one dull Friday summer afternoon, during the six-week holiday. I’d fallen out with someone and just sat in my room, listening to Moseley Shoals in toto and praying they didn’t come and call (they didn’t). The album was like a tidal wave, washing over me with insouciant melodies, gentle harmonies and heavy riffs. ‘Fleeting Mind’ was the song that still stands out; a breezy E chord strum canvassing into view as a laconic Steve Cradock noodled his way about the fretboard. It was a jarring composition – the campfire strumming was like a tourniquet, holding in place Cradock’s creativity and his almost free-form, jazzy motifs. ‘Lining Your Pockets’ was bittersweet and lilting, ‘It’s My Shadow’ haunts and lingers, while the eight-minute closer ‘Get Away’ allowed Cradock to really stretch his steam-powered pedals.

Alongside ‘…Train’, my favourite was/is ‘The Circle’. It was the perfect example of OCS’ mid-paced majesty – it poured into a pipette their folky leanings and their heavier material, creating an assured blend. With a guitar riff rich in melody, the song skipped along on Fowler’s heartfelt pleas, and that iconic chorus where he sang “I won’t feel like I’m on the outside of the circle.” It almost felt like a hymn for the outsiders, for any time I felt alone or shunned.

When I turned 13, I was allowed my first guitar, so naturally I chose something completely within the mod aesthetic. My Aria semi-acoustic, replete with mod target, was my chance to become a taller Steve Cradock. Unsurprisingly, the first song I learnt was ‘The Circle’, although it took a while to master the riffs. It followed me around a lot during my musical, erm, ‘career’ – I played it for a music GCSE piece (alongside a painful rendition of ‘Ring of Fire’), I played it for a band audition aged 15 (I didn’t get in) and, when I turned 21, I played it at my birthday party. It’s a song that will always be with me, and I’m forever grateful they wrote it.

But it’s not just The Moseley Shoals that has stuck with me; the band as a whole have been tracked by me throughout my youth. North Atlantic Drift introduced me to ‘When Evil Comes’, a six-minute song that begins with Radiohead-style squalls and swells into MBV-esque, reverb-drenched feedback. It contains an atmospheric coda I really wish they’d revisit.

I remember missing Year 9 Maths to trek to Birmingham’s HMV to get my copy of A Hyperactive Workout for the Flying Squad signed, and before my musical performance of Grease I watched the ‘Free My Name’ video on my computer, thanks to the enhanced CD (which also contained a U-MYX option, something at the time I thought would take the music world by storm).

In 2009, my band recorded with Gavin Monaghan, who was at the helm for their 2010 album Saturday (their best album in a decade), who premiered two songs just for me (I was blushing beetroot). I remember coming home from Barcelona, trying to get enough signal to listen to ‘We Don’t Look In the Mirror’ before buying Painting the next day. Every time an album comes out, I buy it. It’s a habit I can’t get out of, nor do I wish to.

With Moseley Shoals turning 20, it conjures up so many happy memoires, of growing up, learning life’s lessons and nervously anticipating the future. When you find that things are getting wild, you really need days like these.

Ocean Colour Scene will be returning to Moseley Park this July for a special outdoor performance, marking the 20th anniversary of the band’s seminal LP. Support on the evening comes from Reverend and the Makers and The Sherlocks. Limited tickets remain via moseleyfolk.co.uk.

Top 10 ‘under the radar’ OCS songs you should really hear: