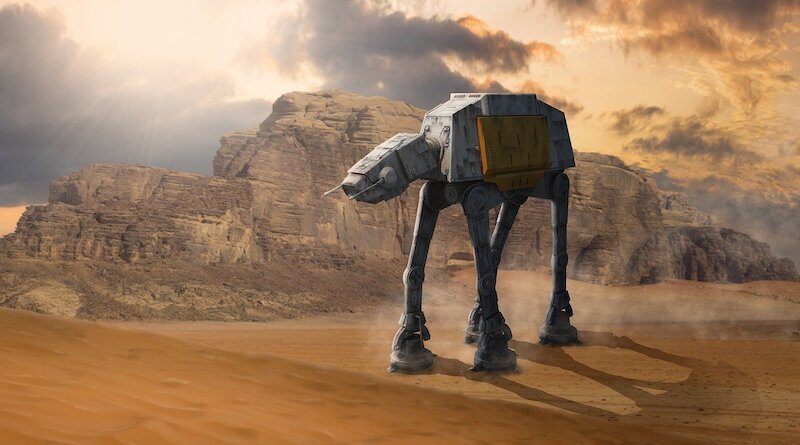 The Star Wars universe is a vast array of planets, but which one would make the best home? From Tatooine to the forest moon of Endor, choosing where to buy real estate is a challenging question that most Star Wars fans have contemplated at some point. While moving to a galaxy that’s far, far away and a long time ago isn’t as easy as we’d hope, the sheer volume of discussions about the best Star Wars planet to live on means that a line has to be drawn. Here is our take on the argument about where in the Star Wars universe would be the best place to live.

Pretty much an inhospitable cloud of gas, the inhabitants of Bespin don’t seem to do much apart from working for Lando. We don’t get to see much of Bespin, so it could be that there’s a thriving nightlife (surely there must be since Lando Calrissian is running the joint), so it could be that we’re missing something. But overall, Bespin has to be a firm no unless you’re a workaholic.

Everyone wanted to know more about the city-planet, choosing to live on Coruscant is likely to be a mistake. Unless you’re the Queen of Naboo, you’ll likely end up with a small room in the lower levels, where poverty and crime are rife. You might even get the occasional Jedi dropping in and ruining your day. But, of course, once the Emperor takes over, things are likely to get even worse, so we’d avoid Coruscant at all times.

The forest moon of Endor is a lush nature lover’s dream. If you ponder the possibility of relocating to a cabin in the woods and sitting on your porch every day, this moon should be on your wishlist. The problem is the Ewoks, which have a nasty habit of eating folk that they don’t confuse with gods. If you can make friends with the Ewoks, then Endor’s moon should be your real estate option of choice.

If you like the idea of living in the North Pole, then Hoth should be right up your street. Skiers will love it, but for anyone that prefers to have variable weather or the occasional bit of sunshine, Hoth is best avoided. It’s an ice planet, so it’s always going to be cold unless you cut open your tauntaun and climb inside it’s warm body. There are also cave-dwelling monsters that will string you upside down for a bit before eating you. Best avoided.

In a conversation between Matt Hudson, the cohost of the Star Wars Sessions podcast, and Betway Casino, the Star Wars expert revealed that this would be his top choice of real estate options in the Star Wars universe. It might be vulnerable to the occasional trade blockade while also being the Emperor’s birthplace, but it’s a lush-looking and gorgeous planet with diverse species (avoid the massive fish). Just try to choose a property that’s far away from the Gungans, as they can become very annoying very quickly.

You might have noticed that we didn’t mention the first Star Wars planet that audiences ever saw. That’s because avoiding a desert planet is always the smart move. Not only is a water scarce enough for there to be moisture farms, but sand also is coarse, and rough, and irritating, and it gets everywhere. So, stick to Naboo, and your real estate value will only go up.